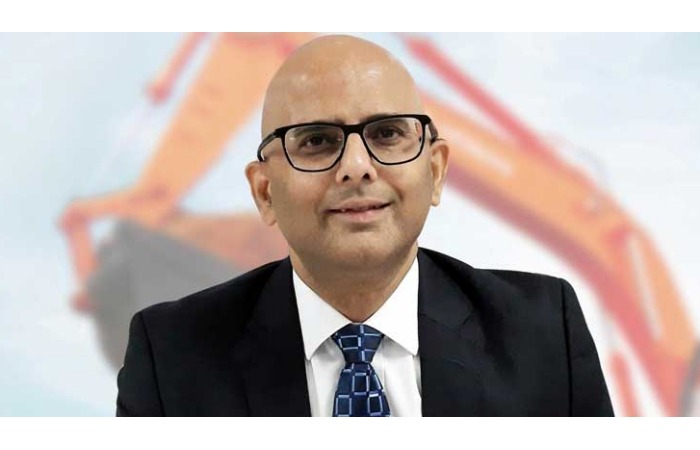 The growth of mini excavators will be much faster

The market in the rest of the country has been slow to pick up barring some southern states.

What are the key advantages of mini excavators compared to bigger equipment? Are these features attracting more demand in the current market scenario?
There are two aspects here: the first, with reference to larger excavators. Here, clearly not only the price of the equipment is lower, but also the efficiency and ease of use clearly scores, making the mini excavator more useful to customers.

The big difference is the boom swing, which is not there in regular excavators. The low weight of mini excavators also makes it easily maneuverable on all surfaces. What makes mini excavators unique is the varied types of applications where these can be used – in congested/constrained areas, kerbs, footpaths, for drainages, for laying foundation pits, in metro projects, inside buildings, in agriculture, plantations – anywhere where there is a lack of space and requires the machine to be working in a very specialised way. This is where the boom swing really makes a big difference - you can work with the machine in an offset way or you can keep the machine in a fixed position and work only with the boom swing.

The second is as compared to backhoe loaders. In India, the backhoe loader was introduced very early and the machine has culturally been accepted as the entry level equipment in the construction industry given its ease of use and mobility. Hence, a change from backhoe loader to mini excavator will happen, but slowly.

The change could be faster if there is a paucity of and higher labour costs in parts of the country/opening of niche applications. The regulatory requirement to use compact machines in urban environments will further give impetus to adoption of mini excavators.

Do you offer refurbished products in mini excavators? How do you look at the importance of used/refurbished equipment in the current tough market conditions?
Yes, we do offer certified used equipment – which are refurbished machines. We have sold them in the recent past. Certified used equipment is an important aspect of our business. It is a new concept introduced in the market and will take some time to be accepted by the customers. However, we are very positive on this segment. As the market matures, there will be a segment that will consider investing in these equipment - given the trust of a professionally refurbished product that also carries warranty from us.

Further, the lower owning cost also makes it an attractive proposition for those entering the industry.

Given the mechanisation and importance of time, cost and quality, we expect construction entities to start insisting on quality machines – even if they are used. This will further drive demand.

Some of the companies are starting to realise that for some applications – which is not critical in productivity terms or have discontinuous application – a certified used machine will do the same work but at a much lower cost.

How is digital technology gaining importance in the upcoming market conditions? What are the key digital solutions in your range of mini excavators?
Digital technology has fast become a quintessential part of construction equipment today, as it helps in the accurate reporting of the machines’ performance within the confines of the customer’s homes and offices.

Tata Hitachi has been pioneers in this and has developed digital platforms within the organisation, which interlink with telematics solutions, which have been developed across almost all machine platforms. While the telematics solutions enable the customers to track the location, operations, maintenance and alerts, it helps the organisation in pre-empting, preparing for and in supporting the customers to reduce machine downtime and to improve their profitability.

We are working on introducing telematics in our mini excavators.

In the new normal market conditions of social distancing and safety, do you foresee more opportunities for mini construction equipment?
Yes, this does open the opportunity. India is a nation with abundant and growing labour availability and labour wages are still low. Hence, labour is still widely used in construction activities even today. However, as the nation progresses, two issues are gaining importance - speed and quality of work. This can only be achieved through increased mechanisation. Hence, the growth of mini excavators has generally been driven by urban areas, as well as areas where the cost of labour is high.

As explained above, given the niche areas of applications growing, as well as the appreciation of compact size of the machines and their efficiencies - both in fuel and usage - the demand for mini excavator has started picking up throughout the country.

Another trigger to change will be felt more in the areas that have seen major labour migration during the lockdown. Hence, west and south will probably move faster in adopting mini excavators both from mechanisation as well as safety point of views.

However, we have seen early evidence of the usage of mini excavators in labour dominated states like Bihar too.

The government’s Jal Jeevan Mission with its motto ‘Har Ghar Jal’ will also be a big driver, as in a lot of villages, accessibility to houses for laying drinking water pipes is possible only with mini excavators.

What are the products and solutions offered from Tata Hitachi in mini excavators?
Tata Hitachi has been a leader in the Indian construction equipment industry, offering a wide range of excavators starting from the 2T mini excavator to 260T mining class excavators. We pioneered the mini excavator market by introducing the first indigenously developed 2T TMX20 way back in the 1990s.

TMX20 has been continuously updated in line with engineering advances as well as to meet customer expectations. It continues to be very popular with first time buyers as well as been deployed across the country by various towns and city corporations – to aid the Swachh Bharat program.

We have recently launched the indigenised model ZAXIS 23U in line with the Atmanirbhar theme of the government. This will help us in offering the same quality and efficiency of the Hitachi machine with better and faster support.

The mini excavator market is expected to become a key pivot in the execution of major urban and rural infrastructure schemes of the Central and state governments. To improve labour productivity and for faster and lower cost implementation of various projects, mini excavators will play a major role.