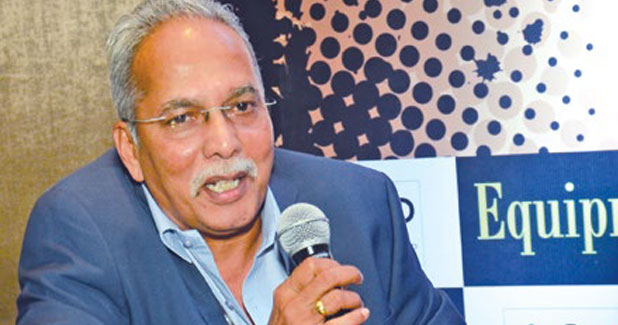 Recently, the Supreme Court heard an application by the Indian Construction Equipment Manufacturers' Association (ICEMA) and the Tractor Manufacturers' Association (TMA) as they sought a clarification on the ban on the registration of BS-III vehicles after March 31, 2017. The apex court ruled in favour of the ICEMA and TMA and exempted construction equipment and agriculture equipment from the ban. While the motor vehicle industry was directed to be prepared to down the shutters on their BS III vehicles, a shock was in store for the tractor and construction vehicle industry. An estimated 25,000 tractors and over 1,600 units of construction equipment vehicles had not been registered by RTOs in many states, including Delhi, Uttar Pradesh, Maharashtra, Telangana, Andhra Pradesh, Assam and Tamil Nadu since the ban came into force on April 1.

This is when the editors of Equipment India pressed into action to rescue the industry from the impending doom. As financial loss was increasing with each passing day, some companies were contemplating on halting their production. While the ICEMA team was actively pursuing solutions, they approached Equipment India for help seeking clarification from organisations which have the credibility to convince the Supreme Court.

After hectic parleys with the Centre for Science and Environment, Equipment India managed to obtain an official clarification. This clarification letter was then presented to the apex court where the matter was being heard. The counsel representing the ICEMA and TMA was none other than the former finance minister P Chidambaram. The Director General of Centre for Science and Environment, Sunita Narain, clarified for the benefit of the court, why the order was not applicable to construction equipment and tractors, and the counsel produced the clarification letter. Based on the representation and clarification, the court issued a clarification directing the registering authorities to exempt the construction vehicles and tractors from the BS-III ban.

The Central Motor Vehicles Rules have separate and distinct rules for emissions from agricultural tractors, power tillers, combine harvesters and construction and earthmoving vehicles. All these come under Rule 115A, while other vehicles meant for transportation of goods and passengers come under Rule 115. Tractors follow the Bharat (Trem) Stage III A emission norms, while construction and earthmoving equipment follow the Bharat (CEV) Stage III.

Earlier, speaking at the 4th Equipment India Awards and CEO Forum, Anand Sundaresan, President, ICEMA, raised an alarm on how the industry was gasping for breath and it was taken by surprise. 'The Supreme Court order to ban the sales and registration of BS-III vehicles from April 1, 2017 has been misinterpreted by many RTOs in states like Delhi, Telangana, Andhra Pradesh, Tamil Nadu and Uttar Pradesh. This has impacted the registration of new construction equipment vehicles,' he said. Unfortunately, this has happened at the peak of the season for the infrastructure industry which is in the throes of acceleration in growth armed with a Rs 3.96 lakh crore spending package allocated in the Union Budget.

The evening of April 21, 2017 was a proud occasion for Equipment India as the industry stakeholders gathered in large numbers at New Delhi's heritage Claridges Hotel, to celebrate the 4th Annual Equipment India Awards and be part of the high-level discussion at the CEO Forum.

The Supreme Court order to ban the sales and registration of BS-III vehicles from April 1, 2017 has been misinterpreted by many RTOs in states like Delhi, Telangana, Andhra Pradesh, Tamil Nadu and Uttar Pradesh.