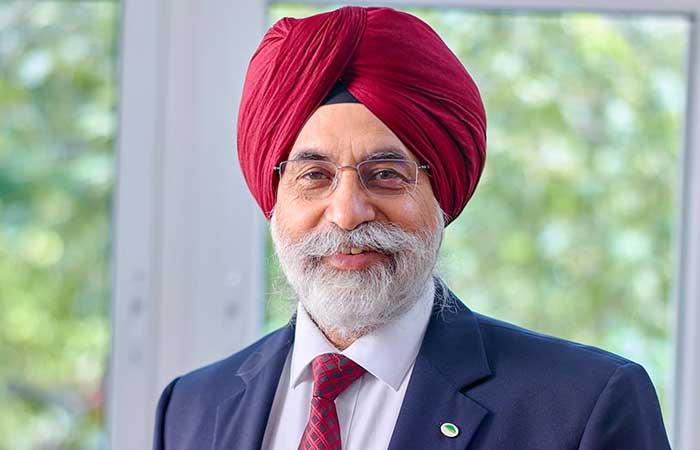 The long-term growth for construction equipment is intact

How do you assess the performance of Indian construction equipment market during this fiscal?
Clearly, this has been a challenging year. For the period of April-December 2019, the industry was down by more than 20 per cent across most construction equipment (CE) categories. However, when you look at the last couple of months, the market has improved and that is a positive sign that things are getting better.

What are the major hurdles in the growth path of the equipment market?
The focus of the government in the last five years on infrastructure led to a sustained growth in the CE industry from the lows of 2014-15, especially for roads and scaled up to available pipeline of project awards. However, this got disrupted first by the IL&FS' payment default issue, followed by the run-up to elections and the election period itself, hence the project pipeline started to get affected in the latter half of 2018-19 that led to capacities being idle up to the first quarter of this year. The elections and the time taken by the government to settle also affected the payments to contractors causing a liquidity crunch. To add to this, an extended monsoon this year made matters worse, as work could restart only in late November. All these have led to the growth affecting the CE market.

Some of the major hurdles for the CE industry are:

Infrastructure development needs to pick up for the country to become a $5 trillion economy in 2025. What are the steps needed to mobilise infra growth in the country?
The Rs 103 trillion project announcements under NIP need to be monitored for the projects under implementation. Easy availability of finance is required for contractors to execute the projects. State governments support is required for accelerating land acquisitions. Clearances and utility shifting is needed at state level to accelerate the process. Award projects only when 80-90 per cent of land is physically possessed along with complete clearances. Contract enforcement has to be ensured to avoid issues related to review/reversal of projects in states due to change in government (example: Maharashtra, Andhra Pradesh). Co-ordination between Central and state governments needed to enable faster execution of projects.

The Budget 2020-21 has given thrust on National Infrastructure Pipeline. What opportunities do you foresee for construction equipment in this? How can these opportunities be realised?
The NIP is a good plan and the government has worked ground up with a comprehensive range of projects as you have mentioned. The government has thought through in its phasing - with maximum investments in the next three years - so that even if there are slipovers, most of it happens over the next five years. This can bring in opportunities to the CE industry, as the quantum of work will greatly increase and feed through engaging existing CE as well create fresh and sustainable demand.

The industry is totally geared up to cater any requirement coming out of these investments as it has built up a significant capacity over the last few years.

The industry is investing in creating new products that meet the current as well as emerging requirements of the customers on a continuous basis to enable cost-effective and fast execution in the ground. Support from financiers and NBFCs will be required for the opportunities to be realised.

How is technology evolving in Indian CE market? Which are the new-age technologies gaining prominence in India?
The CE industry, especially beginning with excavators were the first to introduce electric vehicles (EVs) in the form of electrically powered excavators and then came AI and IoT sometime back. Most machines now have active condition monitoring and fleet management system. Relay the reports to manufacturers as well as customers, to ensure reduced downtime so that they get more returns on their investments. IoT will further strengthen. Condition monitoring will get more evolved and downtime is reduced further by proactively advising the customers on next steps to be taken for better planning and leading to longer life of equipment.

Union Minister Nitin Gadkari advised contractors to use advanced technologies and equipment for cost-effective project execution. How do construction equipment players look at this? What is needed to scale up utilisation of such equipment at Indian projects?
The current level of technology available in the CE industry already is of a very high level as explained above and with the introduction of BS IV CEV norms in wheeled CE later this year, the level of technology will further go up. Therefore, the key to advanced technology being used to scale up utilisation of equipment for cost-effective project execution is to have the right machine at the right place and time.

This is further aided by the availability of the rightly skilled manpower who knows to use the equipment in an optimal way. With the advent of IoT, remote monitoring and integrated site management software, the utilisation and safety at work can only go up.

Lack of qualified operators in the market is preventing the introduction of more number of advanced machines in India. What is ICEMA doing to bridge the skill gap in the country?
OEMs, under the aegis of the Infrastructure Equipment Skill Council (IESC), are seeking to bridge this gap between availability and demand through training centres and carefully designed curricula.

What role will technology play in the coming years? What are the steps needed for facilitating technology at Indian projects?
To add to what has been mentioned before, there are different OEMs in this space and there is a need to integrate these data systems into a standard system template that can take the utility of data to the next level like that in construction management system.

Further, most customers are still in the early stages of using smart phones and digital literacy to leverage the next-generation data systems and this will continue to remain a challenge.

What is your outlook on the Indian CE market?
The government has committed towards substantial investment in infrastructure over the next five years as detailed in the NIP. Nearly 70 per cent of that investment is envisaged in infrastructure. In the 35,000 km Bharatmala project, 10,000 km has been awarded, while the balance 25,000 km is to be awarded in the next couple of years. The intent is to build infrastructure to increase competitiveness of the country, increase output and improve ease of doing business.

We expect the demand to recover slowly over the year, given the above focus as well as the various measures taken to improve business sentiment and availability of liquidity.

The government has initiated various steps for accelerating infrastructure development. Investment and implementation of key projects along with corrective measures and industry-friendly policies of the government, we believe, will greatly help the infrastructure development in our country. Therefore, the long-term growth for construction and earthmoving equipment is intact and positive.