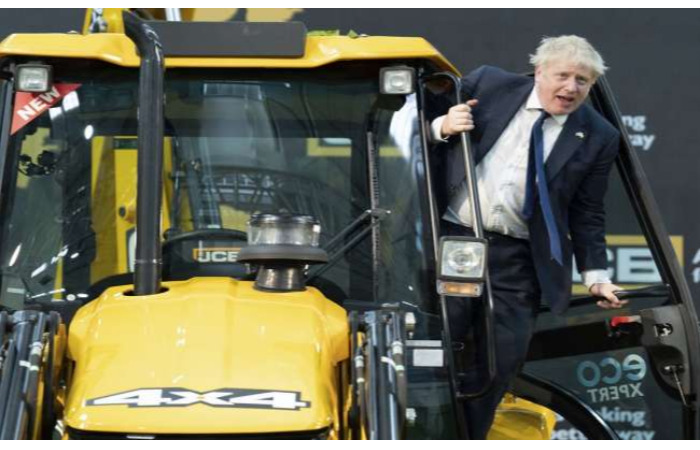 The Vadodra factory, set up at an estimated investment of 100 million pound, will fabricate parts for company’s global production lines.

Johnson's visit to India will focus on stepping up cooperation in the Indo-Pacific, driving negotiations on a Free Trade Agreement (FTA) between the two countries, as well as enhancing defence ties.

With 11 factories in the UK employing more than 7,500 people, JCB first began manufacturing in India in 1979 and is now the country’s leading producer of construction equipment. The company has six factories in India at locations including Jaipur and Pune.

“This country is now a major engineering power and being here has transformed our business. It has been a fabulous success, with so much more potential for growth. Such progress has only been possible by continued investment and the opening of our new Gujarat facility is an important step in growing our business here and around the world," Bamford said.

JCB India chief executive and managing director Deepak Shetty said, “This new facility will create around 1,200 direct jobs when complete and thousands more in the supply chain. It will also be a benchmark in the industry on gender diversity and modern technologies in laser cutting, welding and machining."

India has been JCB’s biggest market every year since 2007, and one in two of every construction machinery sold in India today is made by JCB. The new facility, sitting on a 47-acre site, will be capable of processing 85,000 tonne of steel annually.