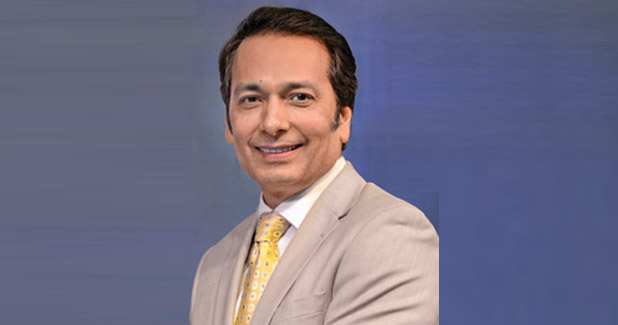 Can India be an alternate manufacturing base?

November 30,-0001
Even before COVID 19 crept up upon us, our roads sector had already hit a speed breaker. Construction of highways slowed to 27 km a day during April-January against 29.7 km a day achieved in 2018-19. Also, awards of new projects in the first 10 months of the current year were only 35 per cent of the targeted 10,000 km for the whole financial year.

Union Minister Nitin Gadkari informed that 22 Green Expressways have been launched, of which, seven have already begun work expeditiously. These have been chosen with alignments which reduce the cost burden of land acquisition and would offer opportunities in logistics parks, smart cities, industrial clusters etc. Speaking about the Delhi-Mumbai Expressway which will bring the two cities closer by 280 km making it possible to traverse in 12 hours, he said that land acquisition for this 12 lane cement concrete project was complete and the project was expected to be completed in 36 months. NHAI is working to offload its debt burden through InvITs while hopefully its revenue through toll would improve due to FASTag introduction.

In order to help make India a $5 trillion economy by 2025, the government has unveiled an investment of Rs 102 trillion in the country's infrastructure projects, under the National Infrastructure Pipeline (NIP) initiative. This is expected to provide a major impetus in the coming years in the development of various infrastructure facilities in transportation, power, energy, rural and urban infrastructure. But currently the world faces the threat of a recession. The Indian economy, which so far needed structural reforms, must escape the COVID 19 onslaught to gain prominence as an alternate manufacturing base.

In fact, the Indian construction equipment market was gearing for an uptick when it has been faced with COVID 19 disruption. The positive news is that China has been able to contain the virus and the production activities are gradually set for resumption. While the coronavirus has been contained in China, where it started, the virus is fast infecting other 100 nations worldwide. The situation is worse in countries such as Italy, Spain and Iran, and now even the USA is under a lock down. The first and second quarter of this calendar year is likely to deliver disastrous results but will gradually recover in the quarters ahead. Many countries have implemented drastic containment measures worldwide. Equipment companies that are manufacturing models for the global market could take up part of the export requirement which has been currently mandated to the Chinese manufacturing facility as they have been quite consciously prepping up their operations to be dependent on indigenous sourcing. Our CASH (components, accessories, spares and hardware) section companies can also make some headway in participating as an alternate supply chain vendor to the global OEMs.

Braving all these challenges, EQUIPMENT INDIA is coming out with its 12th Anniversary issue with focus on Tech-knowledgy (Technology + Knowledge) as the growth driver. Tech-knowledgy has evolved and emerged in the construction equipment industry with new-age digital technologies and automation solutions finding important roles in the productive and efficient execution of projects. Use of these technologies is picking up in construction equipment space with the introduction of telematics, IoT-based monitoring and control technologies, virtual reality-based operator training solutions, digitalisation for predictive maintenance that can bring down the machine downtime drastically, all these lead to productivity and economy at project execution. The Cover Story provides more insights on how new-age technologies in construction equipment provide operational economy and productivity.

The analysis from Feedback Consulting provides a 360-degree scenario of the Indian CE market. Industry captains have shared their views on the current market scenario, new developments and the market outlook. The technology articles bring forth some of the latest developments in the various segments of the construction equipment industry. Turn on the pages for a great read!

Before concluding, we would like to once again caution that the coronavirus pandemic is taking a toll on the global economy, at least for now. However, serious containment measures taken by the Indian government could help us weather the impact and we could then resume our efforts towards infrastructure creation.