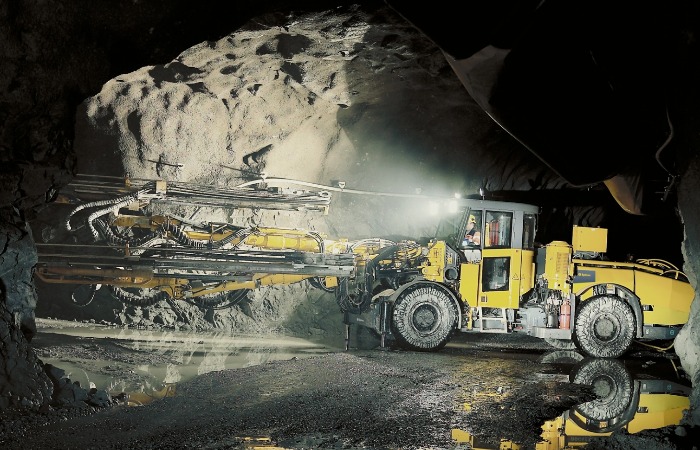 Light at the End of the Tunnel

November 26,2020
Tunnelling operations are performed in underground construction and mining projects. There are many construction projects ongoing and planned at various parts of the country where a lot of tunnelling jobs is needed. The major projects involved are underground metro projects, pipeline projects, road and railway tunnels, and mining. Tunnel Boring Machines (TBMs) are the major equipment used in tunneling of bigger diameter tunnels, especially for underground metro, water pipelines, while micro tunneling is used in laying smaller diameter tunnels. In mining, equipment such as jumbo drills and road headers are being used for tunnelling applications.

Tunnelling projects are gaining momentum with many medium and large scale projects are coming up in cities as well as in the far flung regions of hilly terrains. In the city limits, the major underground projects coming up include the metro rail projects, roads and highway tunnels, water pipeline projects, city gas distribution pipelines etc. As we all know, the Mumbai Metro Line 3 is a major underground metro project in India. The construction work of the 33.5 km long underground corridor running along Colaba-Bandra-SEEPZ is in full swing. Length of the corridor is marked with 27 key stations out of which 26 will be underground. The construction activities were affected by the coronavirus pandemic and the subsequent lockdown. The activities have picked up again but there can be a delay in completing the tunnelling jobs, beyond February 2021, according to reports. As many as 17 tunnel boring machines are being used in the underground metro project which is a first-of-its-kind scenario for the country.

There are other smaller tunnel projects which use trenchless methods to lay cables and gas pipelines. Trenchless technologies are used mainly in telecom OFC installation, underground power cable installation, water and sewage pipelines, oil and gas pipelines projects. According to Shantanu Sinha, Executive Director, Trenchless Toolbox, trenchless industry is poised for healthy growth in the short to medium term. He adds, “Government of India has come up with a broadband connectivity project to all the remaining village panchayats, which along with projects from private telecom players would revive business existing smaller machines. State governments are looking towards shifting existing high tension power lines underground due to frequent disruption during natural calamities. City gas distribution is coming a big way in Tier 2 and Tier 3 cities, creating demand for mid-size rigs and other innovative solutions for last mile connectivity. Sewage projects are also driving demand for new compact machines.” All these are expected to drive the demand for trenchless technologies in future.

Tunnelling jobs are gaining momentum again with some key projects hitting the headlines recently. The most talked about, Atal Tunnel was inaugurated by the Prime Minister Narendra Modi on October 3. The 9.02-km tunnel is currently the longest highway tunnel in the world above 10,000 ft.

The next similar project started construction is the https://www.constructionworld.in/transport-infrastructure/highways-and-roads-infrastructure/Tunnel-to-reduce-travel-time-from-3-hrs-to-15-min/24408 Zojila tunnel. Union Minister Nitin Gadkari launched the first blasting for construction related work at the 14.15 km Zojila tunnel on October 15. One of the longest in Asia, this tunnel will provide all-year connectivity between Srinagar valley and Leh.

Another major project coming up where a lot of tunnelling activities will be involved is the Char Dham railway connectivity project. RVNL is constructing the 327-km long rail line that will connect the Char Dham by rail network, at a cost of about Rs 50,000 crore. It will take about 10 years for completion of the project according to reports.

Underground mining is traditionally a major segment where a lot of tunnelling jobs are happening. The basic tunnelling activity in underground metal mining involves development of ramp, development of levels and sub-levels, stock phases, crosscuts and other structures. According to Rijubrata Das, Sales Manager, Underground, Komatsu Mining Corp Group, India, in underground mining operation, tunnels are built to gain access to ore body; movement of equipment and manpower for production activities; and carry ventilation, electric cables and other necessary infrastructure underground. The tunnels vary in length, size, quantity, dip and are either permanent or temporary in nature based upon their application and geo-mining conditions.

“In underground coal mines, the challenges are to support the roof immediately after cutting and at the same time get high-speed drivage,” says Maity.

In the emerging market scenario, there is an increased use of these equipment at Indian projects and with the new policy revival in mining and construction segments, this trend is going to gather momentum in future. According to Sen, projects like the Zojila tunnel, Char Dham railway line project and some hydro power projects planned will drive demand for tunnelling equipment in future. Speaking on the mining sector, Das adds, “Demand suffers due to project delays, tender finalisation delays and global uncertainties in metal prices. There are few mining organisations that are aggressive with their expansion plans. However, the scope for improvement in equipment market is significant as new technologies emerge and focus shifts towards green technology and automation.”

With many civil construction projects coming up in hilly terrains, demand is going to prevail in the coming years as well. However, the importance lies in keeping the projects really going without major delays and other bottlenecks.