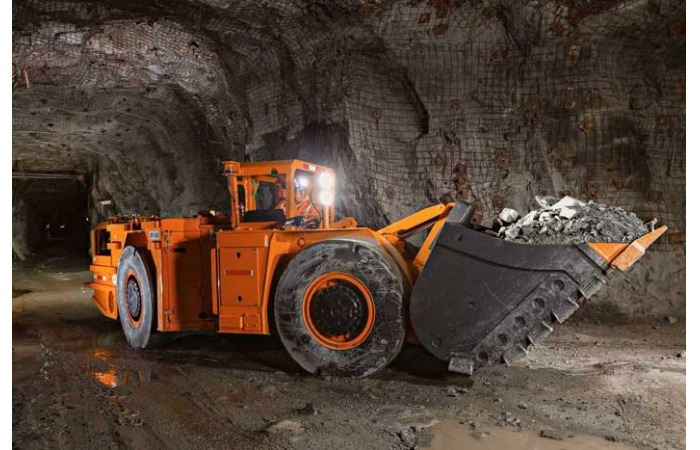 “The spending on mining equipment in India is moving in the right direction across every segment, from minerals to metals like iron ore, zinc, copper and limestone,” avers Animesh Nandy, National Sales Manager, (India, Nepal, Bhutan, Bangladesh and Sri Lanka), Epiroc Mining.

First, consider the demand for coal and the corresponding demand for equipment for coal mining.

In India, the production of coal has traditionally been the mainstay of subsidiaries of Coal India, which make use of heavy earthmoving machinery, the backbone of opencast coal mining operations.

Now, Coal India is emphasising upon the modernisation and upgradation of equipment to bring in latest cutting-edge technologies, which will push demand or larger mining excavators and dumpers, he continues.

The focus of various Coal India subsidiaries on the removal of overburden is also continuing so that coal production can be increased as and when required. This will also generate demand for mining equipment.

Coal India’s thrust is expected to significantly impact demand for mining equipment. “Coal India’s capital expenditure is estimated to have grown around 37 per cent in the past nine months as against the same period in the previous year,” says Nandy. “Coal India plans to increase production by 28 per cent in 2022 as against last year.”

January/February – the private sector will also be partaking of opportunities in coal mining. Mathur envisions that this involvement will increase demand for mining equipment. He expects opportunities for excavators of more than 45-tonne capacity.

Despite these positives, Nandy points out a potential area of concern – “Private auctioned coal mines where very little or negligible development has happened. If this segment fires in FY 22/23, it will further augment growth in the mining equipment sector.”

Says Nandy, “Digitalisation plays a major role in today’s underground mining operation and major companies are focussing on AI/ ML based analytical modules, IoT smart sensors on remote equipment, condition – based monitoring and Real time reliability health index(RHI) of critical assets, automated process data analysis, 3D mine visualisation mine production planning for asset tracking which benefits in improved safety (people and assets) and availability, reliability and efficiency of equipment process optimisation and higher efficiency. This digitalisation trend is bringing the mining industry closer to intelligent unmanned mining. Epiroc Mining India is geared up with all such offerings to enhance the productivity, safety and peace of mind of our customers.”

Epiroc has been a leading supplier of mining and rock excavation equipment with focus on maximising production with safe, cost-effective and sustainable solutions. This is reflected in our development and manufacture of quality rock drills, face drilling and production drilling rigs, underground loaders and trucks, electric/battery haul loaders and trucks, ventilation systems and digging arm loaders.

Automation varies from semi to full automation. Automation and remote-controlled equipment are generic terms that can be broken up into technological generations of evolution.

Remote-controlled operations are at one end of the spectrum. Such operations keep operators safe from moving parts, harmful dust, noise and vibration or falling debris. “Operating by wireless remote control allows operators to move more freely, to get the best view of the work,” says Nandy. Remote operations cause less fatigue, burnout and operator downtime; further, working longer with less fatigue definitely increases production and contributes to more consistent results.

Remote-controlled equipment is being used particularly for underground mining operations, to enhance safety and bolster the confidence of the team working at site to operate with greater efficiency.

With telematics technology, managers can see the performance of men and machines on a real-time or close to real-time basis and take informed data-driven, proactive decisions, says Nandy.

Sandvik’s crushing equipment is equipped with state-of-the-art automation enabling trouble-free operations and auto-timed setting of equipment parameters, shares Chattopadhyay. “We have also developed Cloud-based interaction systems, which means equipment can be operated and troubleshooting done by experts sitting in any connected global location.”

A few of Epiroc’s customers in India are using the IBH Mark II (Make in India) drill with basic telematics and automation as well as the imported surface and underground drills with Certiq.

Overall, however, the use of automation is limited in the country.

As automation gets more refined, the cost of equipment increases – but it is still affordable.