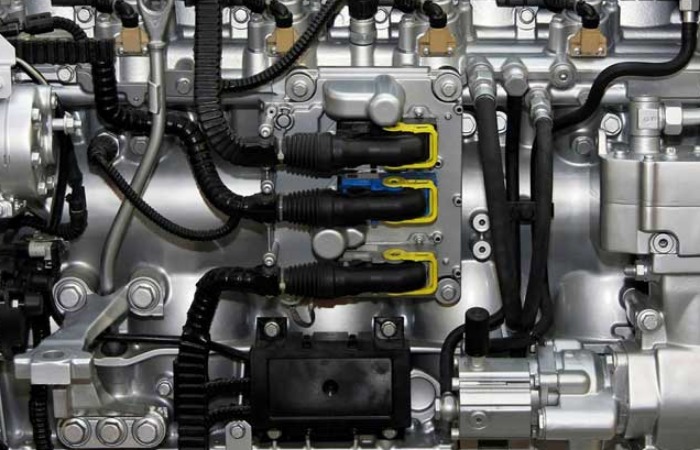 April 07,2021
Diesel engines are the major source of power for various machines that are utilised in construction, agricultural, automobile and industrial verticals. Diesel engine manufacturers are preparing for the new emission regulation regime in India with the upgradation of design and components. The new changes will comprise more electronics, new after-treatment systems and technologies such as SCR.

According to 6Wresearch, Indian diesel engine market revenues are projected to grow at a CAGR of 4.9 per cent during 2018-23. Major demand for diesel engines is generated from automotive industry, followed by commercial vehicles, agri equipment, and construction equipment.

The growth rate is expected to dip in automotive industry due to more demand coming from electric vehicles. However, in off-road segment, the demand will grow with the market growth of off-highway equipment. The new emission regulations will further stimulate the growth trend for diesel engines in off-highway market.

Of late, the construction equipment segment is also seeing some glimpse of the trend with a leading OEM deciding to phase out diesel power from its compact equipment range by introducing electric power. However, in India, this will take time to take off since it is still at its fledgling stage in the global market. So, the coming years will be of growth and prosperity for diesel engines in India.

Perkins also has the first electronically controlled, highly sophisticated engine, utilising the technology specifically designed for the 4000 Series range. The 6-cylinder, 23-litre 4006 electronic engine is being made at the company's Aurangabad facility. This new product, an electronic diesel engine designed specifically for the Indian market, delivers 750 kVA prime electric power. The new 4006 electronic engine also offers simplified service requirements and the ability to operate over a broad range of ambient temperatures and altitudes. It is built on the core of the current 4000 Series engine manufactured at Aurangabad with substantial enhancements to many of that engine's features.

Diesel engines of 31-100 hp range accounted for major share in Indian market in both revenue and volume terms. The construction equipment segment is continuously growing in India. As the infrastructure and the urbanisation in India are rapidly growing, this trend will be persistent.

Factors such as demand for reliable electricity, which is growing across the world on account of industrial expansion and development of commercial infrastructure are driving the diesel power engine market. Moreover, the increasing issues of power deficit and lack of access to power, along with growing demand for uninterrupted power is driving the demand for diesel power engines for providing emergency power supply. However, the abundance of natural gas, coupled with its environmental soundness, has led to increasing shift towards natural gas engines as an alternative to diesel engines in various end-use industries, and is expected to restraint the growth of diesel engines market.

Commercial vehicle segment is forecast to surge the overall diesel engine market due to high demand for trucks and buses in the country.

A 6WResearch report indicates that amongst all, 31-100 hp diesel engines accounted for major share in Indian diesel engine market in both revenue and volume terms. Passenger vehicles, tractors and construction equipment are the key revenue generating segments.

Says a spokesperson from Mitsubishi Heavy Industries-VST Diesel Engines, “The demand from construction equipment segment is consistently growing, as the number of equipment sold in the market keeps increasing year after year.” "If we see the diesel engine alone, all new features and technologies introduced are mainly to meet emission norms, though it can also have impact on fuel efficiency and power-to-weight ratio," he adds.

Electric power
While the concept of electric vehicles is picking up fast in passenger vehicles segment, it has a slow take-off in the off-highway vehicles/equipment segment. Recently, a leading global construction equipment player has announced its intent to switch from diesel powered to electric powered in the compact equipment segment and has decided to slowly phase out the diesel powered equipment in the compact sector. What's the seen in India? Says the spokesperson from Mitsubishi Heavy Industries, "Off-highway industry is still far behind. There are some bold moves from a few OEMs outside India. One even announced during electrical equipment launch that they would discontinue the development of diesel variant. But, everything as of now is for the market outside India. Hence, it is too early to have any impact here."

With the next level of emission regulations around the corner, engine manufacturers are taking up major tasks on design changes and upgraded after-treatment solutions. The spokesperson from Mitsubishi Heavy Industries explains, "The major change area is how to treat the harmful exhaust gases better than before. In relation with this, we may also have to modify the fuel injection and combustion system to maximise the combustion efficiency."

Challenges
The major challenge faced by the diesel engines market it conforming to the upcoming mission regulations. With the introduction of BS (CEV/Trem) IV, all engine manufacturers are required to introduce after-treatment systems for engines between 129 kW to 560 kW. This, in turn, will put enormous demands on OEMs, forcing them to re-design their machines to install new engines and after-treatment systems. However, global players such as Volvo Penta are better prepared for this.

With construction equipment market in India diversifying from the common machines of backhoe loaders and excavators into all equipment types in the last few years, there is a scope for each equipment segment when market evolves further. This will keep up the momentum for diesel engines too.