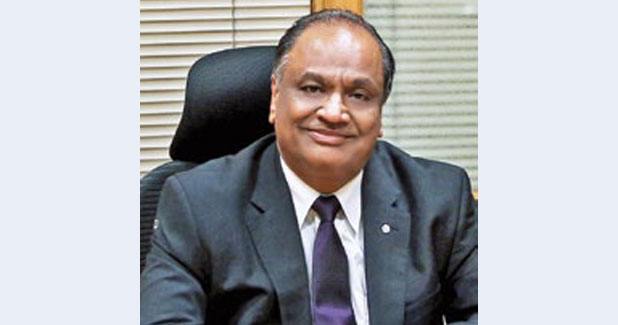 We have also seen several agencies forecasting the GDP growth to 7.5 per cent for FY18; all these factors will have a positive impact on infrastructure development.
The government has taken various steps to reduce bottlenecks faced by the infrastructure sector, viz, by introducing Goods and Services Tax (GST) - a simpler form of tax; e-auction system of allocating natural resources; single window for online environmental clearance and stringent measures for faster execution and land allocation for projects. All these measures will help in providing adequate impetus for the development of infrastructure sector.

Around $4.5 trillion worth of investment is required by India till 2040 to develop infrastructure for economic growth and community well being. Currently, a wide gap is envisaged in funding these projects. Innovative financing options are the need of the hour for these projects. The main reasons behind the infrastructure investment shortfall, it is said, were the collapse of Public-Private Partnerships (PPPs), stressed balance sheets of private companies and problems with land and forest clearances. However, several steps have been taken by the government to revive the situation by announcing hybrid annuity projects models, S4A scheme etc, but the results are yet to be seen.

India needs funds for ambitious plans such as Sagarmala (ports) and Bharatmala (roads) to improve its transport infrastructure. The total investment for Bharatmala is estimated at Rs 10 trillion-the largest-ever outlay for a government road construction scheme; another Rs 8 trillion of investments will be needed for Sagarmala until 2035.

Government measures
The Union Government has taken several measures in the road, railway, ports and airports sector to take the Indian infrastructure to newer heights. The highway network in the country is expected to cover 50,000 km by 2019. The National Highways Authority of India (NHAI) has created a highway operations division to focus on all non-commercial highway operational activities like electronic toll collection, road safety, incident management and facilitating other modern amenities.

In December 2017, NHAI created the National Highways Investment Promotion Cell (NHIPC) to attract foreign and domestic investments for highway projects in India. The Variable BOT plan will help attract FDI in roads. To revive the NPA situation of infrastructure companies, the S4A scheme was launched and with some tweaking, this scheme will bail out several infra companies and help improve the stress on the banks, which are stuck with the sluggish projects.

The railway sector witnessed the highest-ever budgetary allocation in the recent Budget at Rs 1,48,528 crore, which involves a wide range of activities from developing dedicated rail corridors and giving fillip to infrastructure.

The mega irrigation projects envisaged under the AIBP scheme and the inland waterways projects have immense potential. The UDAAN scheme will help develop new airports and increase inter-city connectivity. The government proposes to increase the capacity and standards to accommodate one billion flights a year.
Making India power surplus with an increase in the power generation through effective management of renewable energy resources is a good step in the power sector.

Major infra projects
There are a few major infrastructure projects going on that can change the equation in the infrastructure development in the country. Irrigation projects in Andhra Pradesh and Dibang hydel project in Arunachal Pradesh are moving at a brisk pace.

Bharatmala, Sagarmala and Sethubharatam projects, NHDP and PMGSY projects have facilitated roads in India complying with global standards in terms of quality. Metro rail projects coming up in state capitals have ushered in a new experience in intra-city rapid transportation. Non-renewable energy, solar and wind parks are some of the projects which will change the quality of life in India.

Meeting construction demands
The last decade has seen the entry of all major construction equipment (CE) manufacturers into India and the introduction of latest technologies to make the CE equipment in line with global standards. The areas which the CE manufacturers are now focusing on are: best-in-class technology, digitalisation and telematics, product features, productivity, economic life, after-sales support, re-sale value, emission compliance and other environment-friendly aspects. We, in L&T, have always strived to excel in these aspects on the equipment we offer in the Indian market.

New approaches in project execution
As the projects get larger, customers are deploying large capacity assets for various user segments. Also, product versatility is an important feature sought by customers to be able to use the same machine for diverse applications.  Use of telematics to execute projects accurately have become increasingly popular. Many software solutions have been developed to aid project management at various levels, along with the use of telematics which are improving operational efficiency of infra companies.

Innovations in CE
We have various products to meet customer requirements in diverse applications. We operate in the premium space, offering premium solutions to our customers. The machines from Komatsu come equipped with the state-of-the-art technologies which are the best in the world. Technology leadership is in our DNA and we are constantly innovating and trying to offer the right products for the Indian customers. Our machines use path-breaking hydraulic technology (HydrauMIND), coupled with technologically-advanced engines.

The premium-class excavator, dozer and grader markets are moving towards use of Information and Communication technology incorporating features of machine-tracking. Komatsu uses telematics that capture signals from the machine and transmit machine operational data and provide maintenance alerts to machine owners and service providers.

L&T and Komatsu pioneered the launch of information communication technology in Indian CE segment popularly known as KOMTRAX and VHMS. These machine monitoring systems bring almost all the machine parameters and performance details to the office desktop/mobile/hand-held device on a daily basis. This helps the customer get the best out of his machine.

We offer the indigenously developed and manufactured L&T wheel loaders, compactors and skid steer loaders. Also on the anvil are our paver finisher and road miller being developed on in-house technology. We also offer a host of superior excavator attachments. Our products and services bring in benefits of automatic record keeping, live updates, self-diagnostics, effective fleet management, improvement of operator's efficiency and reduced downtime to our customers.


The railway sector witnessed  the highest-ever budgetary allocation in the recent Budget at Rs 1,48,528 crore, which involves a wide range  of activities from developing dedicated rail corridors and giving fillip to infrastructure.