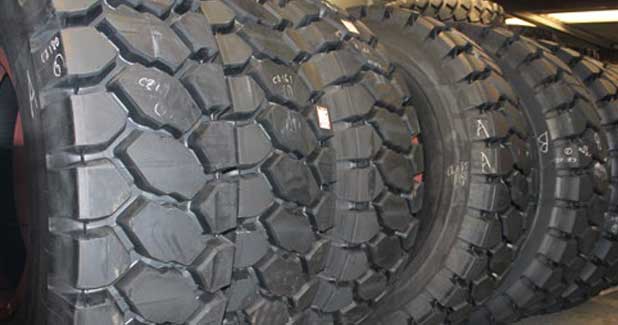 May 10,2017
With the construction and infrastructure segment is growing at a faster pace, the off-the-road tyre industry is poised for growth.

Off-the-road (OTR) tyres are largely used in vehicles, equipment and machinery employed in agriculture, mining, construction and industrial sectors. Consequently, any changes or fluctuations in the said sectors directly influences the growth of OTR tyre market. Tyre market in India was not doing good in the past couple of years. As per research agencies, continued weakness in OE demand in certain key segments, weak agricultural activity and consequent subdued rural demand; and relatively muted infrastructural activity for most of the year affected tyre demand during FY 2016.

While the production also hit due to tyre imports mainly the truck and bus radials. In 2017, the tyre industry is expected to do better with a 4-6 per cent demand growth.

As mentioned, any fluctuation in the user industry segment will directly influence the growth scenario of the OTR tyres. Going forward, the prospects of OTR tyres are expected to be better with the various industry segments on growth path. The reason is obviously the progressive measures of the government in policy and execution level. The recent Budget 2017 has given increased thrust on infrastructure development with construction of more roads and highways, airports, ports and urban infrastructure.

Construction and transportation play a major role in these activities and this will directly influence the growth prospects of construction equipment and haulage vehicles. On and off-highway tyres will have the advantage out of this growth scenario.

In the construction of roads and bridges, most of the construction equipment in use are tyre-mounted equipment, be it backhoe loaders, mobile cranes, wheel loaders or trucks, in which different types of tyres are being used. With the construction activities go up in future, there will be an increase in demand for on and off-highway tyres from OEMs and aftermarket. Mining though not gathered momentum, it is slowly catching up with the mining activities are opening up to private sector, which will improve the use of more and more heavy mining equipment and dump trucks that can drive the demand for mining tyres.

Looking at the current scenario, the overall growth momentum among OTR tyre manufacturers is yet to catch up, though there is demand from certain segments. However, major manufacturers are working on innovations and new product designs to cater to the sector-specific and application-specific demands. For example, in mining trucks, tyres need to resist the cuts and scratches due to uneven and sharp surfaces.

In haulage trucks, the tyres need to withstand the scratches and damages from the long and continuous haulage. All these require the suitable tread design and compounds to be used. Companies such as Apollo, BKT and CEAT offer application-specific OTR tyres for various segments of construction, mining and material handling equipment.

The tyre market is expected to grow with around 4-6 per cent in 2017-18. The market outlook for OTR tyres is positive with the expected increase in the overall infrastructure and construction projects in future.